With the inception of Pakistan Maritime Security Agency, the need of an aviation wing was felt in order to maintain surveillance and to control illegal activities. First Maritime Surveillance Squadron was inaugurated on 23 June 1988 with the induction of F-27 Fokker aircraft as an interim measure, for surveillance at sea. The aircraft was placed at Civil Airport Karachi for the purpose of logistics support and parking area. Efforts were made to acquire dedicated Maritime Surveillance Aircraft leading to formal establishment of PMSA Air Wing as 93 PMSA Squadron with first Defender Aircraft at PNS MEHRAN in year 1993. To provide strength and flexibility in air operation of Pakistan Maritime Security Agency, need of another aircraft was felt. Thus in 1994 the second Defender Aircraft was inducted and the third Defender aircraft in 2004. 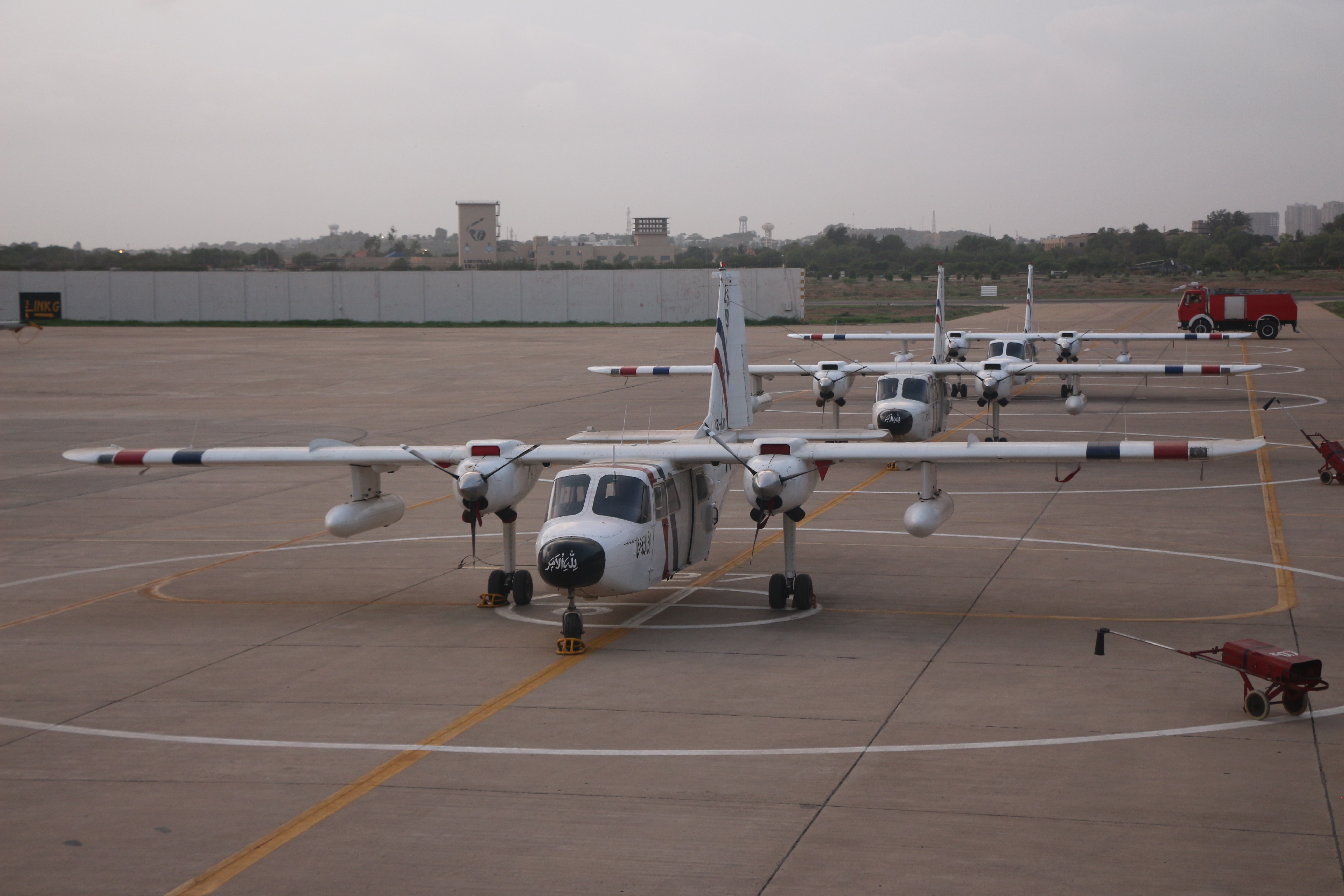